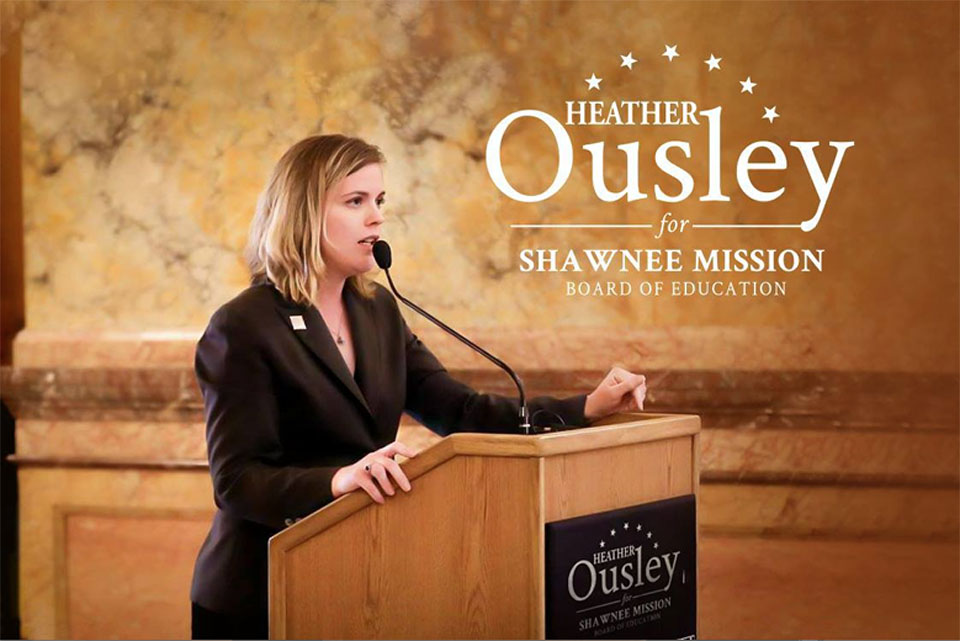 Heather Ousley is a public education advocate from Merriam, Kansas.

She believes that every child deserves access to an excellent education opportunity, and has served on the Shawnee Mission School District Board of Education since January 2018.

She attended Shawnee Mission Schools from kindergarten through graduation, and attended the University of Kansas for both undergraduate and law school.  A recipient of the KU Law Rice Scholarship, Heather's law practice primarily consists of civil rights work.

Heather is well known for walking to Topeka from her home in Merriam, to raise awareness of the need for constitutionally funded Kansas schools and the risks associated with privatization efforts. As a former PTA president and long time parent volunteer, Heather has been active in the Shawnee Mission Community for years.  She has three children in the District, at each building level, High School, Middle School, and Elementary.

During Heather's tenure, the Board has:

Updated the District's nondiscrimination policy to provide protections to LGBTQ students and staff;

Hired additional paras and support staff to build back our SPED team after State funding cuts harmed the program;

Increased access to the Board by moving from one meeting a month to two meetings a month;

Committed to LEED certification standards in the new elementary builds;

Worked with the Shawnee Tribal Leaders to update the mascot at Shawnee Mission North, now the proud home of the Bison;

Kept a Triple A Bond rating for the District;